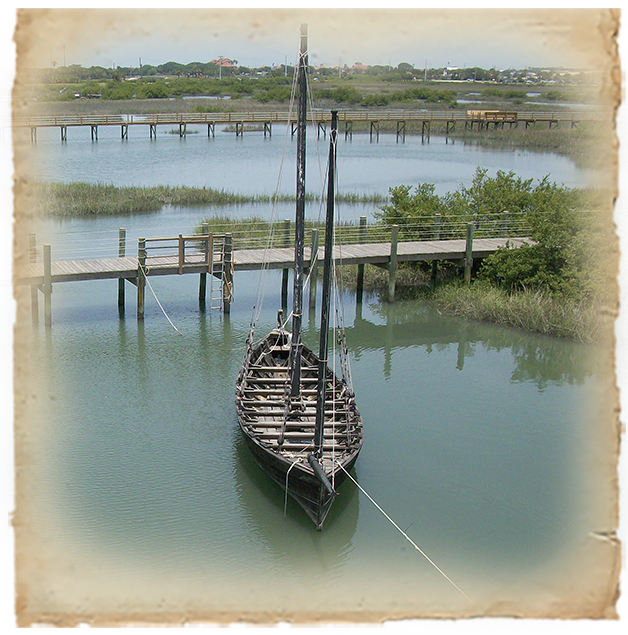 The Spanish colonists of the fledgling settlement of St. Augustine needed routine water transportation, and a chalupa was constructed to fulfill this need. Whether it was routine runs across the bay or short trips to investigate potential threats, this workhorse of the bays and rivers filled the bill nicely. In partnership with the St. Augustine Maritime Heritage Foundation, we are rebuilding an historically-correct chalupa.

Period maps indicate the presence of a chalupa (the British called it a pinnace) and a boatyard in the general vicinity – but it was all destroyed in the infamous raid of June 8, 1586 by Sir Francis Drake. With 23 ships and over 2,000 men, Drake pillaged and burned the town and made off with about two thousand pounds sterling from the Spanish pay chest in the fort. The Spanish fled into the woods while the British had their run of the town.

In addition add to his charge one chalupa that serves this presidio that was made in it for service with its masts, yards, and rudder with its irons and ten wooden oars for the service of said chalupa…” – SPANISH RECORDS, 1570s