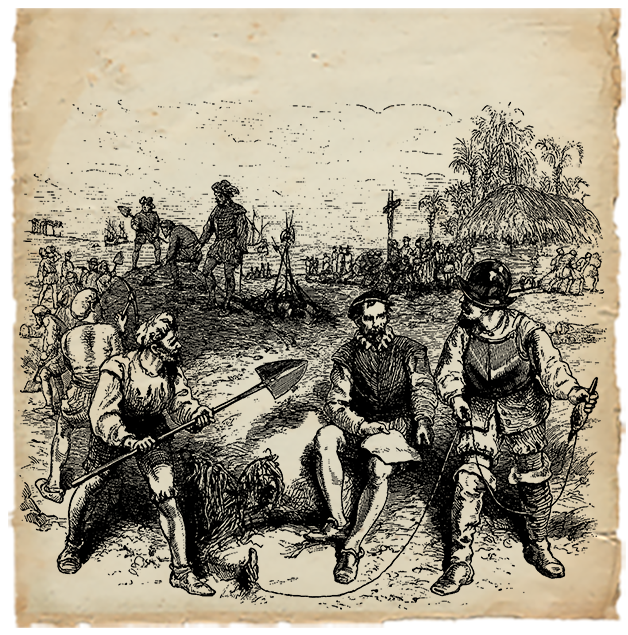 On September 8, 1565, Pedro Menendez de Aviles landed on the shore of Seloy, a large Timucuan town that was situated just opposite what was to become St. Augustine inlet. Menendez was on a military mission to deal with a French incursion into Spain’s new world territory. With a fleet of seven ships and many soldiers, he was an imposing presence, and the Timucuans offered Menendez and his forces part of their village – thus establishing St. Augustine, the oldest continuous European settlement in the United States. 55 years before the Pilgrims landed at Plymouth Rock and 78 years before the founding of Jamestown, the town of St. Augustine became a keystone in Spain’s New World network of settlements. In fact, the first Thanksgiving in the United States took place at what is now our Park.

“I sent on shore with the first 200 soldiers two captains – Juan Vincent, a brother of the Captain Juan Vicente, and Andres López Patiño, both old soldiers, in order to throw up a trench in the place most fit to fortify themselves in and to collect there the troops that were landed so as to protect them from the enemy if he should come upon them. – PEDRO MENENDEZ DE AVILES, SEPTEMBER 1565