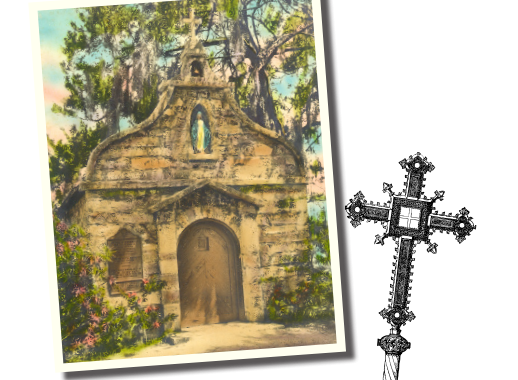 The first Catholic mission in the present-day United States was established on this site. The Catholic mission system would grow from its headquarters in St. Augustine, spreading from Tallahassee to the lower sea islands of South Carolina. Catastrophe would strike from 1702-1704, when English raids during Queen Anne’s War (1702-1713) wiped out the Spanish missions in this region – the last of the remaining Timucua would disappear with them.